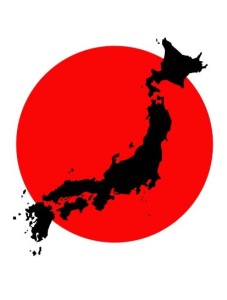 Koi fish were originally bred from the common carp in 1820s Japan, in the town of Ojiya in the Niigata prefecture on the northeastern coast of Honshu island. Domesticated carp were selectively culled for their colors and have been improved through the centuries, resulting in the amazing varieties available to us today. But koi were not the first carp selectively bred by man, the Chinese originally bred goldfish from carp over a thousand years ago.

The term koi is a literal translation of the Japanese “carp”. The Japanese call these ornamental carp “nishikigoi” which is literally “brocaded carp”. Koi are available in many varieties distinguished by coloration, patterning, and scalation.  Although the koi had been bred since the 1820s, they were not truly introduced to the world until almost a hundred years later when the Niigata koi were featured in a 1914 Tokyo exhibition. Since that time they have spread throughout the world and gained popularity. The heart of the koi world is still located in Niigata and is still run by the same families from long ago. Niigata is where we at Grand Koi spend much of our time, and we have been fortunate enough to have developed some great business relationships and friendships with these incredible koi breeders.

Koi are a hardy cold-water fish and benefit from temperatures in the 59–77 °F (15–25 °C) range. Their immune systems are very weak below 50 °F (10 °C) and they do not react well to cold, long winters. Koi are an omnivorous fish and will devour a wide variety of foods but are mostly fed commercial koi food which is nutritionally balanced. This food typically floats on the water, giving the koi keeper an opportunity to inspect the fish for parasites or ulcers as they surface to eat. As the temperature drops their metabolisms do as well, slowing to the point that feeding is not recommended below 50 °F (10 °C). Their appetites will not return until the weather warms in the spring.

The brightly colored koi are threatened from many predators such as herons, kingfishers, otters, raccoons, cats, foxes, badgers and hedgehogs which can destroy a pond full of koi in short order left unchecked. Care should be taken when constructing a pond to create natural obstacles for these predators. Nets or wires can be used in extreme cases. A properly cared for koi that avoids predators can live a very long time. It has been reported that some koi have lived from 100-200 years. The most famous was a scarlet koi named “Hanako” which was owned by several people, the last being Dr. Komei Koshihara. A study of the growth rings of Hanako’s scales revealed that it was 225 years old.

Koi are resistant to many of the parasites that affect more sensitive tropical fish species. Two of the biggest concerns for koi breeders are koi herpes virus (KHV) and rhabdovirus carpio, which causes spring viraemia of carp (SVC). Although no treatment exists for these diseases, there does exist a vaccine for KHV with a 90% success rate. Otherwise, only diligent biosecurity measures consisting of prompt detection, isolation, and disinfection can stop these diseases once they begin. Entire ponds have been lost to these diseases.

A female koi lays an amazing amount of eggs to be fertilized by the male and the resulting fry will exhibit a wide range of color and quality. From the thousands of offspring resulting from a spawning the large majority, even from champion parents, will not be high enough quality to be considered nishikigoi or will be otherwise genetically defective. These fry are culled at different stages of development by the trained eye of the breeder. The breeders of Niigata are incredibly effective at this selection process and their many koi champions are proof of their family’s centuries of experience.